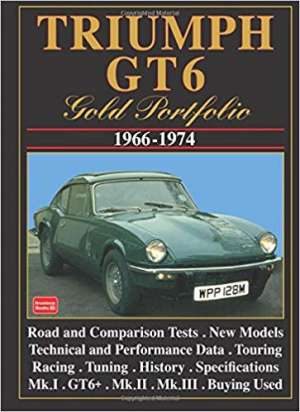 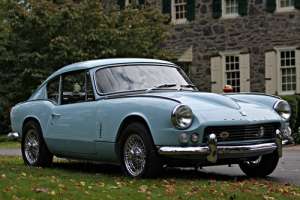 The GT6 owes its heritage to the four 1964 Le Mans Spitfires. These Spitfires were very successful competition cars aimed at winning their class and giving a bit of stick to MG! Producing 102 BHP at 7,000 RPM, these remarkable cars conquered the 24 hour race reaching top speeds of 134 MPH. David Hobbs and Rob Slotemaker bought in ADU2B in 21st Place overall and 3rd in class averaging 94.7MPH for the whole 24 hours. Unfortunately ADU1B and ADU3B retired after being involved in accidents and not because of mechanical problems and after having been leading their class. ADU 4B didn’t race but was kept as a spare.

The sales success of the GT6 Mk1 spurred Triumph into fixing the rear suspension problems and updating the car to meet U.S. safety standards. 80% of the cars were being exported and despite the rear suspension problems, the car was more popular than the MGB GT. The Mk2 provided a complete car. Once again, Harry Webster wanted the car to be further inspired by competition so in 1966, a six cylinder version of the Le Mans Spitfire was built. Triumph’s project manager, Ray Henderson built a car that produced 200BHP and had a top speed in excess of 150MPH. But at this point in time, the GT6 hadn’t been homologated and would therefore have to compete in the prototype category against the Ford GT’s, Ferraris and Porsches. What a pity as Webster decided to withdraw from the event. The prototype was called the GT6 R and its survival is unknown and is doubtful.